Minuteman High School automotive technology students have provided a 2004 Hyundai Santa Fe they had repaired  to a U.S. Army and Navy veteran in a ceremony with Second Chance Cars and Vertex Pharmaceuticals in Boston.

Automotive teacher John Primpas was on hand with students Cole Traywick of Acton and Samuel Staiti of Arlington, both juniors, when the car was transferred to veteran John Harrold as part of Vertex’s 13th annual Day of Service.

Employees spent the morning on Thursday, Sept. 23, detailing 10 cars that will be provided to veterans at low-cost, no-interest loans through Second Chance Cars, including the one Harrold received.

All of the vehicles were donated to Second Chance Cars. The vehicle Harrold received was donated by the widow of a Korean War veteran who passed away last year. 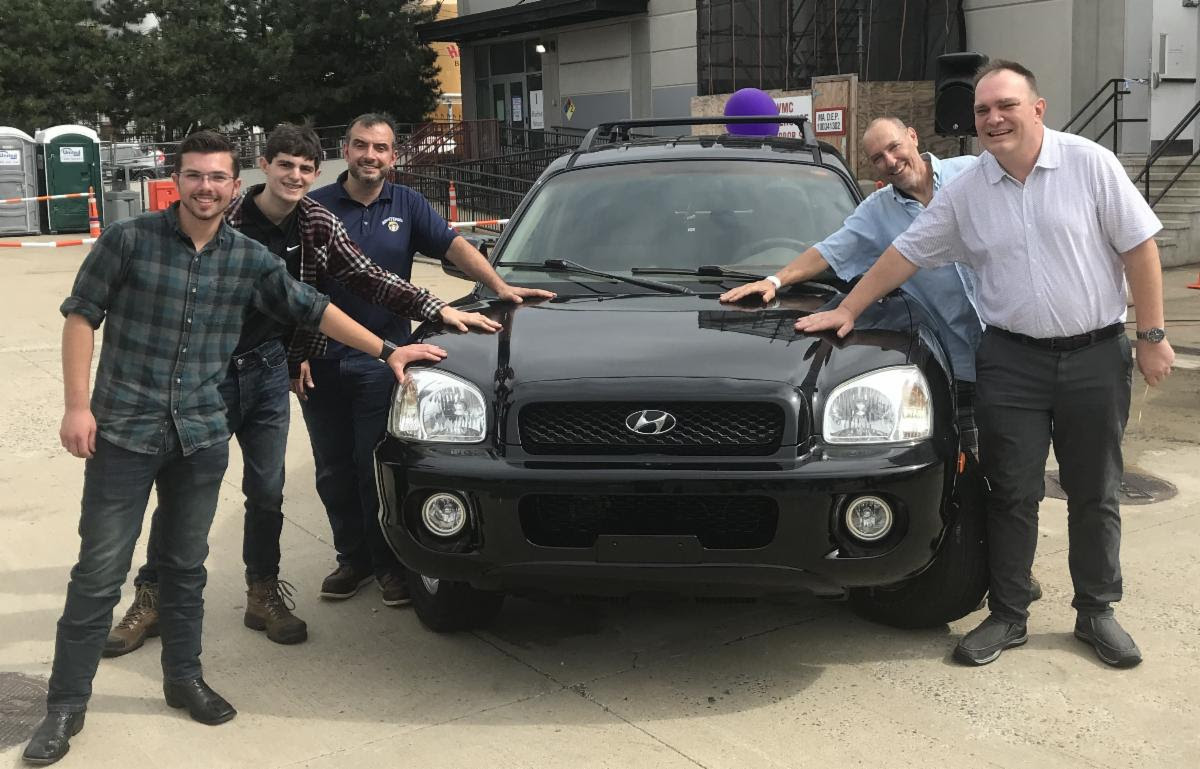 From left: Minuteman High School automotive technology students Cole Traywick of Acton and Samuel Staiti of Arlington, both juniors, with teacher John Primpas; Dan Holin, executive director of Second Chance Cars; and John Harrold, a recently homeless U.S. Army and Navy veteran who received the car through a low-cost, no-interest loan.
“This is amazing,” Harrold said in a school news release. “To a homeless veteran, this is a ‘hand up’ in the right direction.”
Harrold recently had hip and knee surgery. He was walking two miles to his job at a medical company, but no longer has to do that. In addition, he said he will use his vehicle to help other veterans travel to and from work. Harrold currently lives in housing for veterans in Devens.
“I take immense amount of pride in it,” Traywick, one of the Minuteman students, said of his work. “It’s a really cool sense of community and working for someone who you know needs it.”
“It’s important for us to help veterans however we can,” Staiti said. “Something as small as a car could be the difference between getting to work or ensuring safe travels for their kids.”
Second Chance Cars is a non-profit organization that awards affordable, donated cars for veterans and low-income people in need to get to work. Donated cars are refurbished by a network of vocational schools and are worth, on average, about $5,000. Once fixed up, the cars are detailed and awarded to recipients via a $900, no-interest loan through Metro Credit Union.
Second Chance Cars works with Veterans Inc., a Massachusetts-based organization dedicated to ending homelessness for veterans.