Arlington junior among 3 at Minuteman honored for creative writing

Three students from Minuteman High School have received the Authors Award for Excellence in Imaginative Writing for creating short stories that showcase their exceptional creativity and talent.

The first prize of $700 was awarded to Lillian Mela, of Lexington, a junior, health-assisting major, for her story “Hippocratic Oath.” Samantha Kerr, of Stow, a junior biotechnology major, received the second-place prize of $200 for her story, “The Forensic Scientist’s Tale.” The third-place prize of $100 went to Trinity Choroszej, of Arlington, a junior biotechnology major who wrote a short story titled “The Lady with Soft, Ebony Curls.” 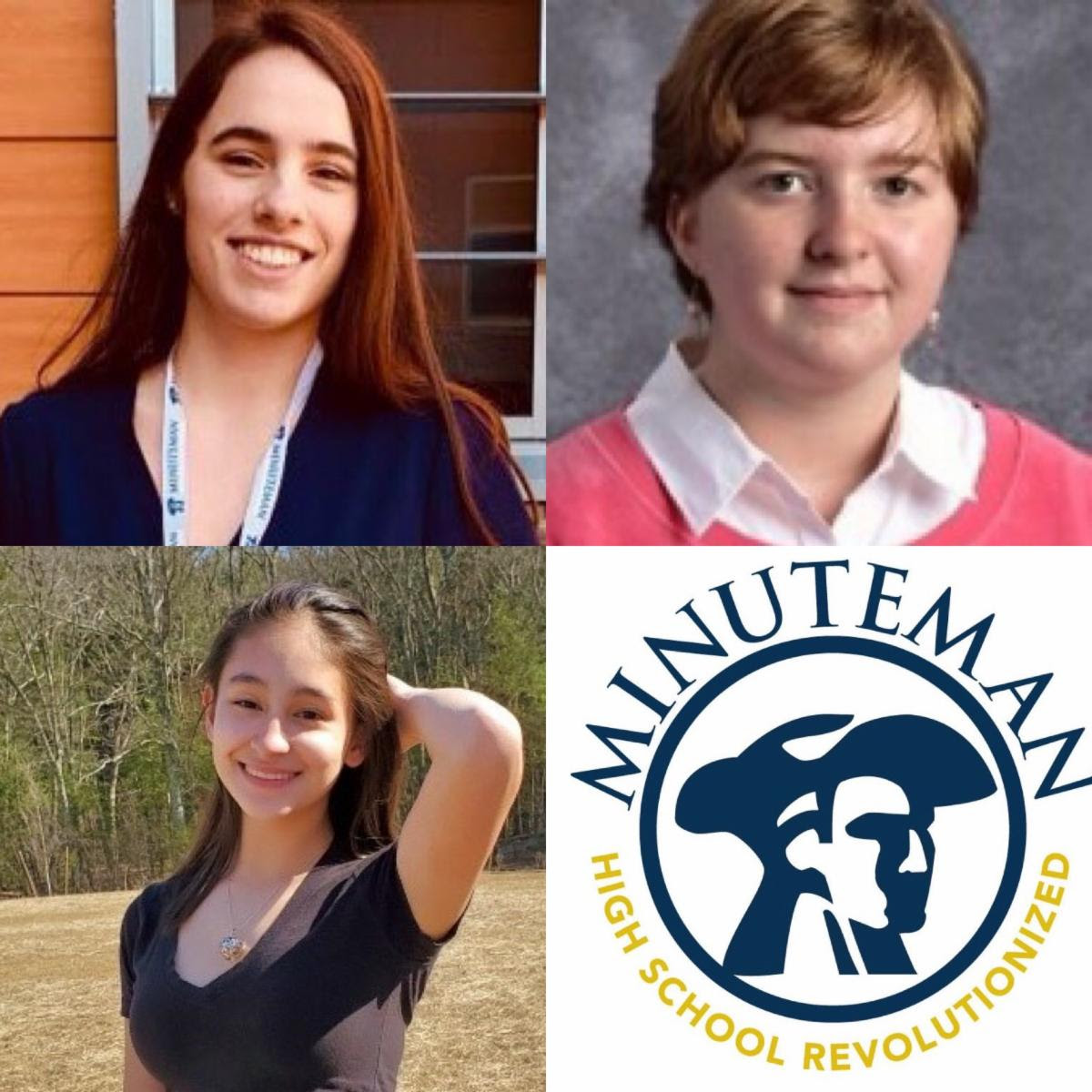 From top left: Lillian Mela of Lexington, Samantha Kerr of Stow, and Trinity Choroszej of Arlington.

An anonymous benefactor originated this award, given annually since 2011. Its purpose is to provide three juniors from Minuteman an opportunity to set themselves apart from their peers in the college admissions process each year. The judges, three published authors, chose this trio of short stories as the most outstanding submissions. Any junior at Minuteman was eligible to enter the contest.

Greg Donovan, English teacher at Minuteman, said in a June 22 news release, “Each year the judges are so impressed with how well our students bring in elements from their own majors, especially with this year's crop of writers. This year's winners happened to come out of our study of Geoffrey Chaucer's The Canterbury Tales, in which students wrote stories that had to connect to their major in some tangible way. I was very pleased with the results.”

The judges reviewed all 15 short stories that were entered in the competition. The winners were selected for their “use of figurative language, characterization, story structure, originality, themes and overall execution,” said Donovan.

First-prize winner Mela, who plans to attend nursing school and become a physician’s assistant, landed the top honor for, as one judge put it, her handling of the “weighty theme of redemption through confession.”

She said, “Writing is something I’ve always struggled with and winning this award validated all the hard work I put into this piece of writing. It was symbolic in a way, almost like I had finally succeeded in jumping over a hurdle I’ve been stuck behind my whole life. Winning first place showed me that if I put my mind to it, and if I put in the work, it can happen."

Second-place honoree Kerr intends to go to college after graduating from Minuteman “to research genetics and genetic diseases, as well as develop potential treatments for severe genetic disorders.” She is delighted with her award and said it gave her “a boost of confidence” in her writing ability. One judge appreciated her story’s "strong, vivid descriptions and very dramatic opening."

Third-prize recipient Choroszej wants to become a doctor and has always loved writing, which “has always been a beautiful escape, and a very sentimental hobby to me. As a result, this contest has been one of favorite parts of high school.” “A compelling read with a clever reveal” is how one judge praised Choroszej’s tale.

This news announcement was published Friday June 25, 2021. Providing the information was written by Judy Basss, who works for Minuteman.

UPDATED Dec. 17: The town Zoning Board of Appeals has approved, 5-0, the permit for the proposed…