UPDATED Nov. 23:  The Town of Arlington held a public meeting Wednesday, Nov. 10, to share information and gather feedback about a $1 million Safe Routes to School infrastructure project for areas near the Stratton Elementary School.

A survey and comment form are available to provide feedback to the project design consultant by noon Friday, Nov. 19. Read more about this project, access the project information page, and find the link to the comment form here >>

In 2019, the town received a state Department of Transportation (MassDOT) Safe Routes to School award to fund new sidewalks, sidewalk repairs and safe roadway crossings near the Stratton Elementary School. The updated project scope includes a fully accessible walking route for children and others walking in the Stratton School area along Hemlock Street between Brattle Street and Dickson Avenue, along Dickson Avenue between Hemlock Street and Mountain Avenue, and along Mountain Avenue to Wheeler Lane.

The revised estimated project cost is $1,072,752. The project is shown in figure 1 and in the Project FAQ.

Parents were not immediately informed, and that led to questions on social media that day.

“We released Thompson elementary school early yesterday [at 11:45 a.m.] due to concerns about the ventilation system. We had evidence that while rooms were receiving adequate outdoor and filtered air, the exhaust may not have been functioning properly,” she wrote.

The event is set for Tuesday, Oct. 19, from 5 to 6:30 p.m., in the Winfield Robbins Memorial Garden, the park between Town Hall and the Robbins Library.

Who's new in town's public schools? See list of 150

“We are happy that in a very challenging recruiting year for schools, we have been able to attract very talented employees to join the Arlington Public Schools.”

Arlington Public Schools has been hiring for its campuses and central office in a major way over the past three months, and isn’t done yet. Starting July 1, the district hired a new superintendent, some 50 teachers and dozens more employees in varied roles.

A chart from earlier this month, which provides a snapshot in time, lists 150 names. See them all below.

UPDATED, Sept. 22: The spring scores for the standardized test that many hate and others tolerate were released Tuesday, Sept. 21, and the big picture wasn't promising, YourArlington partner Patch reports.

State education officials said results showed that "many more students had gaps in their knowledge of math and, to a lesser extent, English language arts" compared to scores from 2019, which was the last year MCAS was administered. The test was skipped in 2020 due to the pandemic forcing a shift to remote learning.

Parents and guardians are to get the scores Sept. 30. The Arlington School Committee is to discuss them in October. Here are results reported by The Globe (scroll down in each case to see Arlington):

The students are among approximately 16,000 semifinalists in the 67th annual program, the National Merit Scholarship Corp. announced Wednesday, Sept. 15.

In a news release, the corporation said, "These academically talented high school seniors have an opportunity to continue in the competition for some 7,500 National Merit Scholarships worth nearly $30 million that will be oﬀered next spring."

UPDATED, Aug. 24: The Dallin School is the host for a community meeting at 7 p.m. Thursday, Aug. 26, to discuss a new plan to improve safety during arrival and dismissal hours. All are invited to attend via Zoom. Meeting details are available at arlingtonma.gov.

Changes to the arrival/dismissal plan are recommended as a result of an audit by the state Department of Transportation Safe Routes to Schools Program. Proposed changes include options to alter traffic flow on George Street, create a car-free zone, or designate specific areas for bus and family vehicle drop-off and pick-up. The goal of these proposed changes is to improve safety for Dallin’s 425 students by reducing traffic conflicts and vehicle congestion for a more orderly arrival/dismissal process.

"We appreciate the community's patience as we work diligently to deliver this collaborative plan."
-- Elizabeth Homan

UPDATED, Aug. 11: Schools Superintendent Dr. Elizabeth Homan and Director of Health and Human Services Christine Bongiorno have issued an update on return-to-school plans, along with updated Covid-19 safety recommendations and guidance for residents.

The plan, made public Saturday, July 31, as a draft, focuses on health and safety protocols, approaches to assessment and instruction, as well as support necessary for students' academic and mental health. See the more formal draft in the link below.

Arlington Public Schools is developing this return plan alongside the town Department of Health and Human Services while following recommendations from the Centers for Disease Control and Prevention (CDC) and the state Department of Public Health. 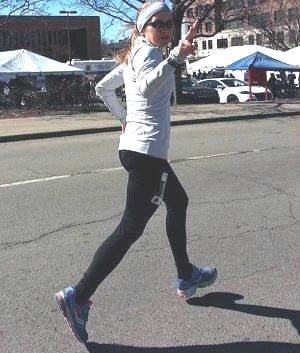 UPDATED, July 21: One day before she officially became Arlington’s top education official, Dr. Elizabeth Homan posted a video to introduce herself as schools superintendent, and in it she mentions almost immediately, “You all can call me Liz.”

The video is accessible in five languages. As of July 17, the English-language version had 852 views, the Spanish version 14 views, the Portuguese version 12 views and the Mandarin and Japanese version 29 views each. That is nearly 1,000 views in less than three weeks.

In the seven-plus minutes of the video, she gives an overview of her life and career, explains her three core values of equity, empathy and excellence, and walks the viewer through her four-phase entry plan for leading the district and shows photographs of her husband, their two preschoolers and the family pet.(That last one would be Gertrude the dog, who stars in 21 clips on Homan’s personal YouTube channel, which went online in 2009.)

Student from Arlington gets merit scholarship

Ethan David Staff of Arlington is among more than 1,000 additional winners of national merit scholarships financed by colleges and
universities, the National Merit Scholarship Corp. has announced.

The student at Lexington Christian Academy expects to pursue computer programming. The scholarship is for Northeastern University.

Founded in 1898, Northeastern is a private research university in Boston. It is a leader in interdisciplinary and use-inspired research, urban engagement and the integration of classroom learning with real-world experience. 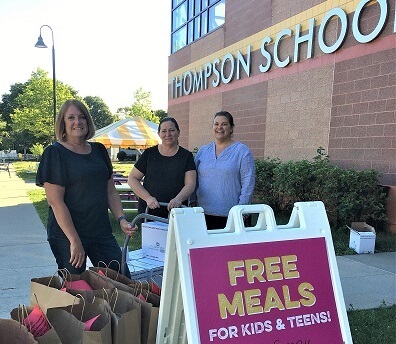 On a normal day, students in Arlington’s 10 schools and one preschool would be fed breakfast and lunch in their buildings’ cafeterias. The past 15 months, though, have been anything but normal.

“Usually, our work flies under the radar,” says Denise Hunt Boucher, food-service director at Arlington Public Schools for 14 years. “Covid changed all that.”

The district’s food-service outreach during days of both remote and in-person learning is a combination of to-go style hot lunches for the on-site elementary students; cafeteria-style lunch service for the Gibbs, Ottoson and high school students; and weekly meal-kit pickups for remote learners and any family with children in Arlington. 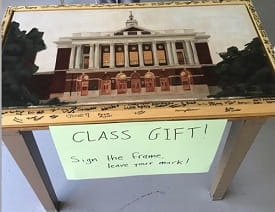 UPDATED, June 7: As the new Arlington High School rises majestically along Mass. Ave., shielding the old white columns familiar to the town, the class of 2021 emerged from 15 months lost to Covid-19 and graduated at Peirce Field at noon Saturday, June 5. See the building's progress >>

Among them was one by Genevieve Baldwin, who created the class gift, a painting. See more photos >>

Her mother, Pamela Baldwin, told YourArlington on June 6: "As we say goodbye to AHS it’s inevitably a time of reflection and nostalgia, and we are among those in town who will really miss the beautiful view of the State-House-inspired Collomb building set back on the stately lawn."

In a nationwide test of math skills, the team representing Massachusetts finished eighth out of 56, and Ottoson seventh-grader Jiahe Liu finished seventh out of the 224 competitors.

"It was a very fun and exciting experience," the student told YourArlington on May 28. "Doing it at home helped because it felt more comfortable at home, and I'm more used to doing problems on my desk as opposed to a table at the testing center. I very much appreciate the effort that the MATHCOUNTS put into organizing the event and making it as fun as possible."

They are Genevieve Baldwin and Peter Berggren, both at Arlington High School. Baldwin plans to pursue a career in ministry, and Berggren's probable career field is computer science.

The corporation judges high school students based on their PSATs and awards a number of scholarships in their senior year.

The Gibbs and Ottoson math teams have been busy this school year, and their focused activity is about to draw national notice for one of its participants.

Impressive scores in chapter and state competition has vaulted Jiahe Liu, a seventh grader at Ottoson, into a nationwide test in May.

As contests around the country have gone online, they have become accessible to a wider audience, allowing our middle school math teams to take part in contests as far away as California.

In the fall, Ottoson took part in the online AreteLabs Math Madness tournament, matching up against schools from around the country. The Ottoson team won all four of their “seeding” contests, placing them in the top-level bracket, and the team lost by a small margin in the first round of the top bracket.