Your View is the place for opinion at YourArlington.com. It is the site's only blog. Please submit your opinions to be considered for publication on this site. The best opinions are those supported by facts. You cannot expect to be published if your views lack factual support or if you make personal attacks. For your views to be published, your full, real name is required.
Font size: + –
Subscribe to this blog post Unsubscribe
Print
5 minutes reading time (916 words)

UPDATED, Jan. 8: This opinion column about transportation was written by Paul Schlichtman, a Precinct 9 Town Meeting member who is also a member of the School Committee. He is writing as a citizen: 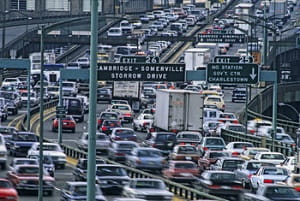 Anyone who tries to travel around Arlington knows that traffic congestion, and the quality of MBTA service, have gotten progressively worse. It is harder and harder to move around the region, as our  aging infrastructure has not kept pace with economic growth.

There have been many plans drawn, but not executed, to expand the infrastructure to meet the needs of a growing region. Recently, Boston Globe writer Emily Sweeney described an ambitious 1947 plan for extensive, electrified urban transit around the region, and the 1977 opposition in Arlington that led to the termination of the Red Line at Alewife. (Boston Globe, Nov. 27, 2019). While it is tempting to lament lost trains, we need to direct our attention toward what we can do to move eastern Massachusetts forward.

Some of the folks promoting a vision for a train-enhanced future are gathered at Transit Matters. They have revived the spirit of the 1947 plan, with an excellent argument for developing a regional rail infrastructure. Similar to the 1947 plan, it focuses on converting slow diesel-powered commuter rail to higher-speed electrified service. Sadly, some of the lines envisioned in 1947 have lost their rails (the former MBTA Lexington branch is now the Minuteman Bikeway), but there’s still plenty of rails remaining to form the foundation of a regional rail infrastructure.

The success of a regional rail infrastructure relies on electrification of a double-tracked rail line, high-level platforms, and the use of Electric Multiple Unit (EMU) train sets made up of self-propelled rail cars. The combination of faster electric trains and shorter boarding times at high-level platforms cuts the average travel time by one-third.

High fares and infrequent service are deterrents to riding the existing commuter rail network. The regional rail model calls for frequent service (no more than 15 minutes between trains) and lower fares, making trains affordable for low income riders and making the cost of the train more attractive than driving.

The idea of creating incentives to ride electrified, environmentally friendly trains should reduce the carbon footprint and traffic congestion, so better trains provide benefits to drivers using highways leading to Boston. This is an important consideration as the idea of congestion pricing and tolling I-93 are discussed. However, tolls and congestion fees should not be implement until faster, cheaper, more convenient trains are running along parallel routes. Think in terms of I-93 drivers moving to trains at Woburn Anderson RTC and then tolling folks who bypass the rail option.

Uber and Lyft are now clogging the streets and competing with the existing transit system. When the trains work well, we should create public policy that encourages these services to provide last-mile rides from transit stations, but significantly tax these services when they run trips parallel to transit services.

Bus schedules need to align with subway and regional trains for easy connections with minimal waits at the transfer point. Currently, there are times when Red Line trains are scheduled to run every six minutes and the 77 bus runs every 13 minutes, resulting in riders walking toward the bus lane to have a view of the taillights of a departing 77. This assumes the 77 is running on schedule; it is notorious for bus bunching even on Saturdays, resulting in transforming a scheduled 10 minute headway into a 30-second gap followed by a 20-minute wait.

The bottom line is that we need to move forward quickly, strategically and decisively. Right now, the MBTA is ordering new bilevel coaches for diesel service instead of investing in electric infrastructure. The Providence Line, which also runs Amtrak service to New York and D.C., was electrified 20 years ago, but the MBTA continues to run diesel trains on that line. Rather than perpetuating the mistake of running diesel trains on an electrified line, new electric trains would be a starting point for the transformation of our rail network. The priority should be to move the existing diesel equipment elsewhere, while rapidly expanding electrification across the system.

It took Amtrak four years to electrify 157 miles between Boston and New Haven. The MBTA has about 348 miles of nonelectrified commuter rail lines. We should be able to electrify our trains in years, not decades, and we should get started now. We need to put aside repeatedly bad decisions and move toward the system of the future.