Your View is the place for opinion at YourArlington.com. It is the site's only blog. Please submit your opinions to be considered for publication on this site. The best opinions are those supported by facts. You cannot expect to be published if your views lack factual support or if you make personal attacks. For your views to be published, your full, real name is required.
Font size: + –
Subscribe to this blog post Unsubscribe
Print
1 minute reading time (227 words)

The following letter to the editor by Patrick Herron, executive director of the Arlington-based Mystic River Watershed Association, is republished with the author's permission from the July 19 Boston Globe, under the headline “House bill’s nod to stadium robs Mystic River community of a voice.”

The Massachusetts House of Representatives proposed an amendment to an economic development bill late last week to strip 43 acres in Everett from state coastal zoning that provides protections for the working port, public access, and the river itself (“Bill would ease path for Everett stadium: House measure exempts site from rules, clearing way for Kraft soccer venue,” Page A1, July 16).

Community members have borne the cost of an industrial waterfront along the Mystic River since the 1940s, when the salt marsh was filled in and developed. As rising property values in the Boston area bring development and a transformation to the Mystic River, these same community members deserve a voice in determining the future of the waterfront. Yet the amendment filed by elected officials removes nearly all of the promised public process and protections for the waterfront in service of expedient development.

Our organization requests that our public officials foster the public dialogue for a transformation of the waterfront that balances all interests, not just those that have power and money. 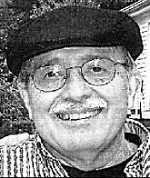