Your View is the place for opinion at YourArlington.com. It is the site's only blog. Please submit your opinions to be considered for publication on this site. The best opinions are those supported by facts. You cannot expect to be published if your views lack factual support or if you make personal attacks. For your views to be published, your full, real name is required.
Font size: + –
Subscribe to this blog post Unsubscribe
Print
5 minutes reading time (1028 words)

Resolution in support of Indigenous Peoples Day in town

The resolution to support recognition of indigenous people in Arlington received support from the Select Board in a 5-0 vote on Jan. 25, 2021. This is the version from the minutes before discussion. 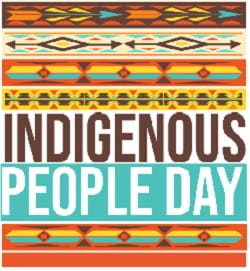 WHEREAS the Town of Arlington, Massachusetts (the “Town”) wishes to honor our nation and town's Indigenous roots, history and contributions; and

WHEREAS the cultures of the Indigenous Peoples of the Americas are worthy of being promoted, their history is rich, diverse, and worthy of celebration; and

WHEREAS the actions and policies of European colonizers of the Americas actively destroyed and suppressed parts of those cultures, and racism has served to perpetuate high rates of poverty for Indigenous Peoples and led to inequities in health, education, and housing, as illustrated most recently with the severe impact of Covid-19 on Indigenous communities; and

WHEREAS the Town has a history of opposing racism, and prominent residents throughout history such as Cyrus Dallin were particularly active in advancing the rights of Indigenous peoples; and

WHEREAS Indigenous Peoples Day was first proposed in Geneva in 1977 by a delegation of Native Nations to the United Nations-sponsored International Conference on Discrimination Against Indigenous Populations in the Americas; and

WHEREAS in 1990, representatives from 120 Indigenous nations at the First Continental Conference on 500 Years of Indian Resistance unanimously passed a resolution to transform Columbus Day into an occasion to strengthen the process of continental unity and struggle towards liberation, and thereby use the occasion to reveal a more accurate historical record; and

WHEREAS Columbus Day commemorates the landing of Christopher Columbus in the Americas specifically on the Caribbean islands of The Bahamas on October 12, 1492 and, later, on Hispaniola (present-day countries of the Dominican Republic and Haiti); and voyages of Columbus to the Americas initiated the transatlantic slave trade and the era of conquest, and his governorship of the Caribbean instituted systematic policies of slavery and extermination of Indigenous populations, especially the Taino/Arawak people whose population was reduced from approximately 8 million to 100,000, being further reduced by the continuation of his policies until near-extinction in 1542.

NOW, THEREFORE, BE IT RESOLVED that the Select Board votes to proclaim that the second Monday of October shall be commemorated as Indigenous Peoples Day in Arlington, superseding local references to Columbus Day and in recognition of the position of Indigenous Peoples as native to these lands, and the suffering they faced during and since the European conquest; and be it further

RESOLVED that the Arlington Public Schools are encouraged to join in this observance with appropriate exercises and/or instruction in all schools around the time of Indigenous Peoples Day, to the end that the culture, history and diversity of Indigenous Peoples be celebrated and perpetuated; and be it further

RESOLVED that local businesses, organizations, and public institutions are encouraged to evaluate their imagery and insignia, to ensure that representations of Indigenous Peoples are not misappropriated, with a preference for using the Town Seal in official capacities; and be it further

RESOLVED that all Town entities are encouraged to celebrate and recognize the heritage of the peoples indigenous to Massachusetts and Arlington by including the following land acknowledgement at the beginning of all of the Town’s public meetings:

RESOLVED that it is requested that the Town Clerk ensure that the Massachusetts Commission of Indian Affairs, North American Indian Center of Boston, IndigenousPeoplesDayMA.org, United American Indians of New England, Massachusetts Center for Native American Awareness, the Massachusett Tribe at Ponkapoag, Mashpee Wampanoag Indian Tribal Council, the Wampanoag Tribe of Gay Head (Aquinnah), the Nipmuc Nation Tribal Council (including the Hassanamisco and Natick), the Assonet Band of Wampanoags, the Chappaquiddick Wampanoags, the Chaubunagungamaug Nipmuc, the Pocasset Wampanoag, the Herring Pond Wampanoag, and the Seaconke Wampanoag, all of which include descendants of those people indigenous to Massachusetts, as well as the Arlington School Committee, Arlington Advocate and YourArlington.com receive electronic or paper copies of this resolution.