Your View is the place for opinion at YourArlington.com. It is the site's only blog. Please submit your opinions to be considered for publication on this site. The best opinions are those supported by facts. You cannot expect to be published if your views lack factual support or if you make personal attacks. For your views to be published, your full, real name is required.
Font size: + –
Subscribe to this blog post Unsubscribe
Print
3 minutes reading time (523 words) 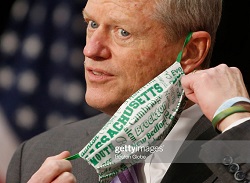 The Boston Globe reported Feb. 21 that this is what local health department directors and board members face as they deal with mandates aimed at protecting the public. Some have quit after attacks. That occurred in Westford and Abington, but Arlington health leaders are hanging in there.

Christine Bongiorno, who heads the town's Health and Human Services, told YourArlington this week that the public reactions to Covid restrictions have not led any board member to leave. Two health board members continue long-standing service -- Dr. Marie Walsh Condon, chair, was appointed Jan. 26, 2009, and Dr. Kevin Fallon on Sept. 12, 2016. The term of Kenneth Kohlberg expired in January, and a new member has not yet been appointed.

So what did the health board hear at the Feb. 16 hearing to consider ending Arlington's mask mandate? Nineteen people spoke before the vote, and the overall tenor was respectful. Most speakers expressed support for lifting the requirement enacted last Aug. 19.

Still, a variety of frustrations came through, as an estimated 120 people listened to Zoom the two-hour session. Here is a representative summary of responses:

Town Health Director Natasha Waden, who moderated the meeting, thought Shea's point should be considered, but after Fallon expressed support for an immediate end, that is what the board voted, 2-0.

The School Committee, at its March 3 meeting, plans to consider Superintendent Elizabeth Homan's recommendation for an end to the mandate in the public schools March 7.

Overall, in my view, the town's Board of Health has, throughout the pandemic, fulfilled its charge: to protect and safeguard the public and environmental health of the Town of Arlington.

They deserve praise, not blame.