Your View is the place for opinion at YourArlington.com. It is the site's only blog. Please submit your opinions to be considered for publication on this site. The best opinions are those supported by facts. You cannot expect to be published if your views lack factual support or if you make personal attacks. For your views to be published, your full, real name is required.
Font size: + –
Subscribe to this blog post Unsubscribe
Print
5 minutes reading time (1003 words)

Gonzalez, Baker: A real choice and what defines it

Laura Kiesel of Arlington, a freelance writer and journalist, wrote the following about the candidates for governor in Massachusetts: 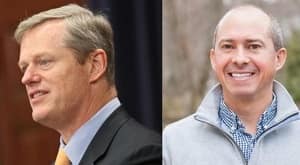 Most of us either saw the footage this past summer along the U.S.-Mexican border or read articles about what was happening there when the Trump administration put into effect its so-called “zero-tolerance” policy. This policy effectively separated thousands of (sometimes very young) children from their parents or legal guardians. The children were then placed in detention facilities -- some makeshift -- that largely resembled dog kennels, while the adults they were with were incarcerated or deported.

The administration and its supporters altogether ignored the fact that many of those being detained were seeking asylum, which they are legally entitled to do. Not only that, there is the bitter irony that our nation’s own imperialistic policies had a direct hand in destabilizing the countries those crossing the border were fleeing.

I am guessing many of my fellow Arlingtonians reacted as I did to what happened earlier this year at the border with a mixture of horror and disgust. After all, it was only last year that our own Town Meeting voted overwhelmingly to pass the proposed Trust Act by a margin 173-19.

While mostly a symbolic gesture, the Trust Act’s passage offered a strong statement that Arlington does not agree with detaining and deporting undocumented individuals based solely on their immigration status. The victory of the Trust Act here in Arlington served for me and others in the town as a resounding rebuttal to the Trump administration’s anti-immigrant endeavors.

Before the Town Meeting vote, the selectmen had held a public forum on the issue, in which an unprecedented number of residents -- some 400 people -- showed up to Town Hall Of the 47 speakers, 39 spoke favor of the Trust Act.

Arlington is not alone in the state in its support of our immigrant neighbors. That same spring season we passed the Trust Act, several other towns and cities in the Commonwealth also achieved sanctuary status, including Salem and Newton. And WGBH reported this summer that 92 percent of likely primary Democratic voters (and a slim majority of Republican voters) in the Bay State opposed Trump’s policy of separating families at the border.

And yet, a poll conducted byWBUR/MassINC and reported on late last month in State House News found that Republican Gov. Charlie Baker, who is running for a second term, led his Democratic challenger Jay Gonzalez by 20 points among Democrats.

This doesn’t make much sense to me, and I can only conclude that Democratic voters in Massachusetts are either entirely unaware of Baker’s complicity in Trump’s anti-immigration efforts or for some reasons don’t see it as significant.

But for those who do not remember or didn’t know, it was Baker who had plans to deploy Massachusetts National Guard troops to “secure” the U.S.-Mexican border in the immediate aftermath of Trump instituting his inhumane zero-tolerance policy. Baker withdrew the plan only after massive public outcry, and I personally wonder whether he would have been persuaded otherwise had it not been an election year.

Despite backing out of sending reinforcements to aide Trump at the border, Baker still has an unsettling record on immigration. For instance, he proposed a law that would enable local law enforcement to act as de facto ICE agents. Even though that bill failed, he continues to cozy up to ICE, and has ignored calls by the American Civil Liberties Union to end partnerships with ICE to detain undocumented immigrants here at several prisons -- some which have come under deplorable conditions and human rights violations.

Baker has repeatedly come out against the proposed Safe Communities Act (SCA) and had repeatedly threatened to veto it or any bill containing it if it comes across his desk.

If passed, the SCA would simply afford basic rights to immigrants who are not suspected of serious crimes, by barring against the use of state funds and services to detain and deport them merely for having undocumented status. In other words, the Safe Communities Act would do for the state what the Trust Act did for Arlington, making Massachusetts a safe haven for otherwise law-abiding immigrants to be free of unnecessary harassment, profiling, incarceration, and displacement.

If reelected, Baker’s anti-immigrant agenda could eventually have grave socioeconomic consequences for the Commonwealth, which would inevitably trickle down to Arlington.

Immigrants and refugees in Massachusetts are nearly 25 percent more likely to be of working age than U.S.-born residents. In fact, a fifth of all workers in our state were born in another country. Meanwhile, immigrants and refugees who live in Massachusetts spend about $31 billion annually and pay $3.5 billion in local and state taxes according to the Massachusetts Immigrants and Refugee Advocacy Coalition. Immigrants are integral part of the tapestry of our town and our state, and we reap many financial and social benefits from sharing our communities and our country with them. They are not just our neighbors, but for many of us, they are our co-workers, our students, our friends and our family.

By targeting undocumented immigrants and aligning himself with Trump, Baker has shown himself out of touch with our town and our great state. He may frame himself as a more progressive kind of Republican, but anyone who cares search beyond his empty rhetoric will find a staunch conservative who adheres to ethnically charged stereotypes of immigrants.

It seems Baker would rather race-bait than focus on policies that would lift up all Massachusetts residents and citizens, not just the white and the very wealthy. By contrast, Democratic contender Jay Gonzalez is a strong supporter of the Safe Communities Act and has firmly denounced Trump’s border policies, while touting a wholly inclusive platform.

A vote for Baker this election is essentially a vote for Trump, while a vote for Gonzalez is a vote for a more equitable future for all who reside and work in our state.

Which will you be voting for?