Your View is the place for opinion at YourArlington.com. It is the site's only blog. Please submit your opinions to be considered for publication on this site. The best opinions are those supported by facts. You cannot expect to be published if your views lack factual support or if you make personal attacks. For your views to be published, your full, real name is required.
Font size: + –
Subscribe to this blog post Unsubscribe
Print
5 minutes reading time (929 words)

Students: Why does a free press matter?

As unsubstantiated claims of “fake news” from the White House continue, YourArlington is happy to join with The Boston Globe Foundation and news outlets across the nation to be part of a student essay competition, “Why a free press matters in a democracy.” 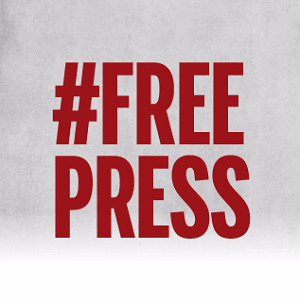 The aim is to deepen a recognition of the First Amendment, strengthening freedom of the press and rebuilding trust. Bob Sprague, the site's publisher, believes there is no more important time than now to focus conversation and critical reflection on understanding the crucial relationships among the First Amendment, a free press and the foundations of democracy.

Students in grades six through eight, in grades nine through 12 and those at universities and colleges are invited to submit essays to their local news outlets examining the state of freedom of the press in the United States today in the light of the First Amendment to the U.S. Constitution. “The competition is designed to engage the important voices of our students, voices that are vital to the future of a robust democracy, and to expand national dialogue about press freedom by encouraging discussion at home and in school,” commented Mary Kay Lazarus, competition director.

Students readers of YourArlington.com may submit essays to sprague.bob at gmail.com at any time through Friday, April 24 (deadline etentend from April 17). Each should be a Word document of 500 words maximum typed and double-spaced.

All entries must be original and must include student’s name, phone number, email address, mailing address, name and department of the school and grade or university/college in which the student is currently enrolled.

Judging criteria: Originality and thoughtfulness in addressing the topic of “Why a free press matters in a democracy.”

Some of the details

The categories are grades six through eight, grades nine through 12, and university/college level.

The national winner in each category each receives a $5,000 check from the Boston Globe Foundation. The winning essayist with the highest ranking among the three categories also receives a full four-year scholarship, currently valued at $38,000 a year, to Westminster College, a private liberal-arts college with professional programs dedicated to civic engagement, in Salt Lake City.

Prizes will be awarded late fall at the 15th annual McCarthey Family Foundation Lecture Series, “In Praise of Independent Journalism.”

The Utah-based McCarthey Family Foundation is funding the effort in collaboration with the Globe as media sponsor.

YourArlington is involved because the website published a column in August 2018 a column called “I am your friend, not your enemy.”

The column was published in response to a Globe call for publications nationwide to address President Trump's calling the press “The enemy of the people.”

The upcoming essay contest furthers McCarthey Family's commitment to honor the legacy of their great-grandfather, U.S. Senator Thomas Kearns, who purchased The Salt Lake Tribune in 1901, and the request of their father, Thomas K. McCarthey, to cultivate a ‘lasting legacy for an independent press, commented Philip G. McCarthey. “The support of the venerable, 148-year-old Boston Globe, winner of 26 Pulitzer Prizes, epitomizes freedom of the press at its finest,” he noted.

Boston Globe Deputy Managing Editor Marjorie Pritchard, who spearheaded the high-impact 2018 #FreePress editorial response from 429 publications across the United States to President Trump’s relentless assault on the news media, explained, “This project will bring the importance of a free press to new generations and will help restore trust in what we do. We are now asking students from around the country to join us in addressing why a free press matters in our democracy.”

Support for the national student competition is distinguished by its honorary advisory committee:

This announcement seeking opinion was published Saturday, Nov. 30, 2019. It was updated April 18, to note extended deadline.

Way to keep it classy. Attacks on the media come from both the left and the right. Yet you choose to only highlight Trump's verbal attacks.

YOu seem to have forgotten that Obama the MESSIAH had a habit of arresting and prosecuting media that spoke to leakers at an UNPRECEDENTED level.

0 Cancel Reply
Way to keep it classy. Attacks on the media come from both the left and the right. Yet you choose to only highlight Trump's verbal attacks. YOu seem to have forgotten that Obama the MESSIAH had a habit of arresting and prosecuting media that spoke to leakers at an UNPRECEDENTED level. This is a non-partisan issue. You are fools for making it a partisan issue.
Cancel Update Comment
View other 1 replies