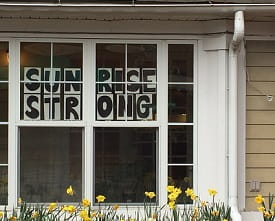 Amid a seemingly shockproof crisis, the Arlington news on Friday, April 17, was nonetheless shocking -- 10 new deaths reported in one day. Until then, three had succumbed to Covid-19 in town since March 30.

Over the weekend, YourArlington heard claims of a cover-up at a long-term care facility and began asking questions. The claim remains unsubstantiated.

The town's point person for solid information about the impact of the coronavirus here is Christine Bongiorno, director of health and human services. She responded to questions about the matter.

In general, where have the deaths occurred (at home, hospital, assisted living, nursing home)?

For the deaths listed in our system, the majority have all been listed as occurring in the hospital. The records are not complete so there are a few locations missing from the data.

Even though the list is incomplete, can you name the hospitals listed to date?

Have a particular number of deaths occurred in one place?

As of Friday, we have had seven residents from Sunrise Assisted Living pass away and three from Park Ave. Nursing & Rehabilitation Center . These deaths occurred between April 4 and April 17. She provided a breakdown of the timeline for all 13 deaths: Week ending March 28 (1), April 4 (2), April 11 (2), April 18 (8).

Do town Board of Health rules prevent reporting publicly a cluster of a particular number of deaths, if there is such a cluster?

If there are multiple deaths within a facility, we will continue to work with state Department of Public Health to determine how to best report the numbers. The state does ask that we not report numbers below five.

We have been in regular contact with the three senior living facilities in town since the end of March/early April. Given the way we have seen this virus spread in facilities across the country, we have taken a proactive approach with these facilities.

Testing then shifted to all residents and staff at both Sunrise and Park Ave. on April 17. We will be posting death data once per week on Fridays.

We will be adjusting our new data sheet online to reflect that.

Have there been any notable delays from long-term care facilities in reporting deaths to the town? While the 10 deaths noted occurred between April 4 and 17, did your office learn about them in a timely way?

A trusted source says that the National Guard was called to do testing at Sunrise following a series of deaths there. Is that true?

No. We have worked with Sunrise to have staff and residents tested on two different occasions (first was done by Fallon Ambulance, and second done by National Guard). The testing was done as a way to better control the spread within the facility. This is an effort that is done in these facilities when there are cases and suspected cases.

No names have been reported in the cases of the 10 new deaths, and the town would not report the names. YourArlington reports names confirmed by trusted sources. A third death in town occurred April 14 at Sunrise Assisted Living. A source confirmed the virus victim was Theodore S. Wayne. Since the end of March, two have died in town from coronavirus -- a Globe death notice identifies the first as James K. Power on March 30. A second death here was reported March 31, without details.

Bongiorno responded to follow-up questions just after the state’s unveiled it new daily reporting system Monday, April 20, which you can view here >>

Also see the archive of all past reports >>

The dashboard has easy-to-read charts and the number of hospitalizations was shown on a graph rising from 1,370 on April 4 to 3,804 on April 19. Age information was presented graphically, and average ages were provided for the first time for Covid-19 cases (54), hospitalizations (68) and deaths (81).

Some information on deaths was helpful. For example, the dashboard provides total deaths by county (Middlesex County was tops with 402).

Bruce Mohl of CommonWealth magazine offered this critique: “But the [state] dashboard’s analysis of nursing home cases and fatalities was totally inadequate. The Department of Public Health abruptly stopped reporting on Monday the total number of deaths at long-term care facilities, a number that has been rising swiftly and steadily and as of Sunday accounted for 52 percent of all Covid-19 deaths in the state.”