What's happening to Arlington? It's becoming ... 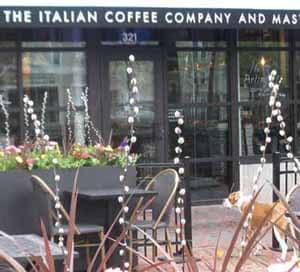 A dog awaits his master outside Caffe Nero.

UPDATED,  May 24: Arlington is fast becoming a mecca for international cuisine. North America, South America, Europe and Asia are all represented here. Caffè Nero, a European coffee house, opened May 15 in Arlington Center to wide acclaim. Now a French bakery by way of Senegal will be added to the town's eclectic mix of exotic fare, expected in June.

A "restaurant destination" dating from 1996, when flora opened, Arlington will have its own Mamadou's Artisan Bakery, a purveyor of fresh breads and pastries. Yelp reviews say it has the "best breads ... ever," and is "absolutely divine."

The original Mamadou's, in Winchester, has long served many Arlington patrons, both at its Winchester store and the Arlington Farmers' Market.

The new Arlington location will make it possible to buy fresh bread and pastries daily year-round here in town, Mamadou Mbaye, the store's owner, told selectmen May 15. He and his wife and co-owner, Mame Diouf, will open their store at 677 Mass. Ave., across from Robbins Library, after selectmen approved a food license.

Selectman Diane Mahon warmly welcomed Mamadou's: "You're already in the town, giving back to the community, and many people are excited that you’re coming to Arlington."

In other restaurant news, the board approved:

-- A wine-and-malt beverage license for Twyrl, 315 Broadway, which is opening soon; and

-- A new retail alcoholic beverages license and manager for Not Your Average Joe's, 645 Mass. Ave.

Selectmen supported these events occurring in the next month:

Purple Heart community: Arlington has been proclaimed as a "Purple Heart Community" and Mass. Ave. an honorary "Purple Heart Avenue." The Purple Heart is awarded for combat-related injuries. It is the oldest military decoration, in present use, and was initially created as the Badge of Military Merit by General George Washington in 1782. 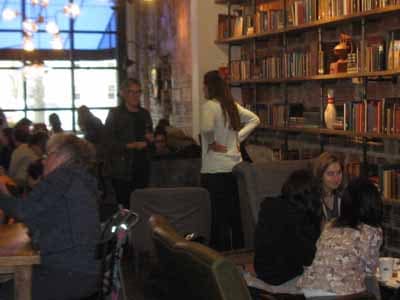 Steven M. Byrne, vice Chairman, read a proclamation at Monday’s Board of Selectmen meeting (Chairman Joseph A. Curro was absent) dedicating Arlington's Purple Heart designation, honoring the town's veterans and Gold Star families. Byrne stated that it's a "very important committee that does a lot of great work in town."

The selectmen granted permission for:

-- The Arlington High School (AHS) girls' and boys' cross-country teams to host their fourth annual 5K Fun Run/Walk on June 10, 9 to 10:45 a.m. The race is in support of the AHS community affected by cancer. Half the proceeds are donated to the Dana-Farber Cancer Institute.

-- Give Back Time Inc. of Arlington to publicize its upcoming wine tasting and silent auction. The organization builds software for nonprofits to manage and communicate with volunteers, and the June 9 event will raise funds for the continued development of community outreach and programming, said Jared Blake, founder/CEO.

-- The Arlington High School ice cream fund-raiser for the Dana-Farber Cancer Institute, to be held on the Jefferson Cutter House Lawn, has changed its date from Saturday, May 20, to May 27.

A community that provides ...

-- Two stops signs at the intersection of Mary Street and Burch Street, requested following an accident in which a car narrowly missed a home. Read details here >>

A town that serves: recent appointments ...

-- Elizabeth Shea was appointed to the Arlington Bicycle Advisory Committee’s executive board. Her term expires May 31, 2020. Shea, an eight-year Arlington resident and enthusiastic cyclist who commutes to work on the bike path, wants to ensure bike safety for all riders and a "harmonious relationship between bicyclists and others in town."

-- Lori Pescatore was appointed to the Board of Youth Services. Her term expires Jan. 31, 2020. Pescatore is actively engaged in several volunteer activities in the community and has helped out with fund-raising initiatives in the past. Pescatore wants "to help out anyway I can" and to get the word out more about the agency.

A place for special events ...

The town received a $40,000 local water-conservation grant that will help out with a project at Spy Pond, said Town Manager Adam Chapdelaine.

Asked for an explanation, the manager wrote Wednesday, May 24, that the Spy Pond Trails and Access Project was selected by the state office of Energy and Environmental Affairs for recommendation to the National Park Service to receive a federal Land and Water Conservation Fund (LWCF) grant.

"This particular project is a component of the larger-scale Spy Pond Edge Protection and Erosion Control Project to preserve four town-owned parcels of failed shorelines along Spy Pond.

"The Conservation Commission sponsored this project and was awarded Community Preservation Act funding for phase II implementation at this year's Town Meeting.

"This LWCF grant will offset via reimbursement the CPA appropriation for costs associated with expanding and enhancing the path and access points at the water's edge in Spy Pond Park and Scannell Field.:

This news summary, by YourArlington freelance writer Susan Gilbert, was published Wednesday, May 17, 2017. It was updated May 24, to information to the Spy Pond item.