AHS captain to be honored for dealing with life's gridiron 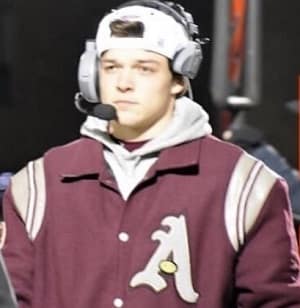 But his ability to overcome them has earned the senior the Paul Costello Courageous Player Award, voted on by all high school football coaches in Massachusetts.

For Peter, each problem came one after the other, in what felt like a never-ending gridiron conflict. Once Peter got past one problem, he faced another.

Freshman year, Roche broke a vertebrae, benching him for what felt like an eternity, even if it was only a season.

As a sophomore, Peter broke a rib and punctured his lung, again benching him for a very long time. That same year Peter was also diagnosed with Type 1 diabetes.

The toughest thing of all for him was “managing my diabetes and the anxiety that came with that.”

In an interview, Roche explained: “Before the diagnosis, walking up stairs felt like climbing Mount Everest, so getting through practice was pretty tough to say the least.”

On top of that, he also lost 15 pounds before going to the hospital. 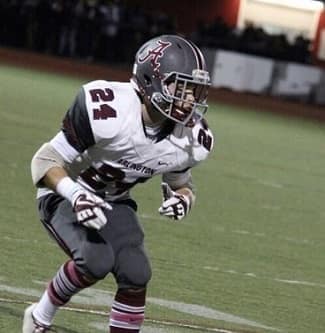 Ponder in action on the field.

Roche says that he was able to cope with it all and stay positive by, “rolling through the punches,” and also with “the love of God, my family, coaches, friends, teachers and the school nurse.”

This season, Roche’s last for Arlington High School, was injury-free. He led the AHS varsity football team as a captain, totaling more than 500 yards in offense with four touchdowns. He also locked down opposing receivers as a corner back and safety in the Spy Ponders' secondary.

Roche looks forward to receiving the Massachusetts High School Football Coaches Association award dinner in April, when he will receive and speak about the Paul Costello Courageous Player Award.

He has committed to play football at Endicott College next fall.

May '18 citizen of month at AHS