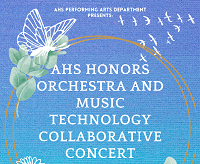 This performance will be recorded for broadcast later.