Driverless vehicles: They're coming; how do we react?

Those in cars and on bikes may have to cooperate

Nothing like a cars-vs.-bicycle debate to charge up Arlington social media. Some on each side accuse those on the other of varied degrees of arrogance. 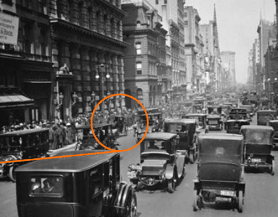 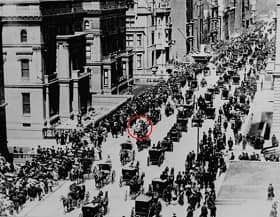 Step back for a moment from the Spandex rage on various roads and bikeways. Consider another view: This, too, shall pass.

But pass into what? How will the always-changing transportation horizon take shape as driverless cars emerge?

It's closer than you think, panelists told about 40 people at Town Hall on Tuesday, Nov. 14.

Vehicles without anyone at the wheel "seems very futuristic," Selectman Chair Joseph Curro Jr. said, introducing the panel, "but much of the technology is already here."

-- Scott Smith of Arlington, from the Volpe National Transportation Systems Center, offered an overview of what autonomous vehicles are and the expected timing and availability of this technology, as well as the role of the federal government in rolling them out;

-- Eric Bourassa of Arlington, from the Metropolitan Area Planning Council, who outlined the potential impacts of autonomous vehicles on public infrastructure and land use; and

-- Rafael Mares, from the Conservation Law Foundation, who suggested the ways autonomous vehicles could influence public revenue, including impacts on the state budget, municipal finances, the gas tax and road-use fees.

The evening's main message is that the technology making such vehicles is coming and that the community best begin to discuss it.

That was the word from Len Diggins, who works for ACMi as well as a ridership advocate for MBTA. He called up Curro, they met for coffee and that got the forum moving.

Smith, who has a Ph.D. from MIT and as a member of the town's Transportation Advisory Committee, said, "Policy [about autonomous vehicles] is highly in flux," as tech changes outpace our ability to react.

While automated aspects of vehicles have existed -- think lane-correction warnings -- automation has five levels, from none to fully automated, he explained. Read about the levels >>

Many vehicles undergoing testing now are level 4. Three testing sites are on the South Boston waterfront, by NuTonomy, Optimus and Delphi. The Globe has a related report >>

Behind Smith, a map showed 21 states where testing is going on. Among the many companies involved, Ford projects producing self-driving vehicles by 2021.

Another image on the Town Hall auditorium screen was a blast from the past -- a 1957 portrayal of a family playing a board game in a car that drove itself.

Whenever driverless reality emerges, there will "still be a lot of vehicles out there," he said. A chart showed 20 percent of today's vehicles still on the road in 2037.

Focusing on impacts on land use, Bourassa showed two images, illustrating how quickly ways of transportation can change. Of a 1900 photo of New York City, crowded with horse-drawn carriages, he asked "Where the car?" One is buried among the steeds.

The second photo showed the same NYC avenue in 1913. "Can you see the horse?" he asked.

Looking ahead, he said, "There might be tests in Arlington someday."

As large tech companies, including Google, are involved alongside traditional car makers, the business model continues to change.

Curro had earlier cited the impact of Uber and Lyft to displace traditional taxi services. Bourassa referred the autonomous movement as "transportation as a service." Included in this are bike-sharing businesses, such as Hubway.

Or he envisioned: "Maybe you want to call up and get an ice cream cone." It would be delivered.

Such a trend may occur as we see the convergence involving electric vehicles with such trends as ride-hailing and ridesharing.

It's happening now, he said, as Uber is averaging 7,000 trips in Boston on Friday nights.

When you're not commuting, your car now sits idle in the driveway for hours. If it's autonomous, driving is expected to increase while use of parking spaces declines.

For example, if you drive to a dining spot, why park? Just let your wheels motor around while you eat.

What are the implications? State and local governments have much to figure out, Bourassa said.

Among the details, town have to provide better road striping, he said, because road-reading cameras have to tell driverless vehicles where to go.

Travels lanes to include who?

A slide showing cars, bikes and pedestrians all sharing the same space raised the question: How might current travel lanes need to be reconfigured? (The questions comes with a shudder, as one recalls the controversy about lanes in the Mass. Ave. project in East Arlington.)

In the light of a possible decline in the need for parking spaces, Bourassa offered an intriguing historical side comment: A movement in the 1800s seeking to create green space referred to "parking" -- a term that emergence of gasoline-powered vehicles took over, as spots for cars crowded out the green.

To his question -- how might autonomous vehicles affect insurance -- Bourassa sang an answer, his rendition of former NFL quarterback Peyton Manning's pitch for Nationwide, "Better get a business plan." Manning on YouTube >>

Mares, of the Conservation Law Foundation, promised to deal with the driest topic -- looking at fiscal impact. Later, Curro said he was enthralled.

With a foundation report about the issue expected in January, Mares gave a preview. Such vehicles with affect tolls, gas and excises and Registry fees.

As parking spaces may be used in different ways, the report foresees a significant decline in parking revenue, a large source for municipal budgets.

Excise revenue will rise at first, because autonomous vehicles cost more, but that will decline as vehicle prices drop.

Among the policy guidelines to consider are limiting zero-occupancy vehicles and encouraging true sharing among driverless commuters.

David Watson, a transportation consultant and member of the town's Redevelopment Board, said he has worked with all three panelists, calling them "powerhouses." He had three comments.

With regard to safety for bicyclists and pedestrians, "This is coming very fast." He said that inadequate attention has been given to how driverless vehicles will interact with walkers and bikers.

How will cyclists and pedestrians participate in a new transit plan? Will they need to carry device that allows them to participate? He said the onus is on autonomous efforts to address this.

Last, if a technology solution is essential, that creates a social-inequity issue, as some will be able to afford such a solution and some won't.

Smith acknowledged those concerns, responding that the issues are technically challenging. He called connectivity "somewhat separate from automation."

What if vehicles are turned into weapons?"

-- Resident who called his view 'malevolent'

Mares said he showed his 9-year-old daughter a Ted Talk about driverless cars, and she asked how would this work with bikes and pedestrians. "To her. it looked crazy," he said.

Another resident had questions about a myriad of possibilities that cars without drivers raise: "... cats and dogs running across the street, snow banks in winter, emergency vehicles."

More pointed queries he called "malevolent: Vehicles getting hacked. What if vehicles are turned into weapons?"

Further, he raised road outrage following an accident, a hit-and-run, for example. "It's only going to take one death. What's being done?"

Bourassa called them "great questions." He cited Ryan Chin, CEO of Optimus, one of the businesses testing in Boston, who raised similar questions at a MAPC forum and said Optimus was trying to develop a closed systems, safe from hacking.

Smith said all these issues had been raised in professional meetings in recent years.

Mares said that with current legal structure, he was unsure the current trend toward putting driverless vehicles into effect can be curtailed. He cited a
pending bill in Congress that would allow them anywhere. "It's worthwhile asking them to slow down," he said.

The issue makes us look back and then look ahead: How would we be affected? A slide showed pluses and minuses as did comments by Bourassa and the public. Here are some expected outcomes:

-- Safer roads as collisions are reduced, as human drivers are distracted;

-- May decrease need for car ownership; and

-- May free up space now used for parking;

-- May lead to more vehicle trips, increasing pollution, as traffic is expected to increase;

-- Increases in greenhouse gases and air pollution are expected; and

-- Will systems be subject to hacking?