The Arlington Police Relief Association donated $3,408 to the Sanborn Foundation to further the nonprofit's efforts to assist Arlington residents who are battling cancer, Chief Julie Flaherty has announced.

In recognition of Breast Cancer Awareness Month in October, the Arlington Police Relief Association offered residents pink Arlington Police Department patches and breast cancer awareness T-shirts in an effort to raise funds for the Elizabeth and George L. Sanborn Foundation for the Treatment and Cure of Cancer. 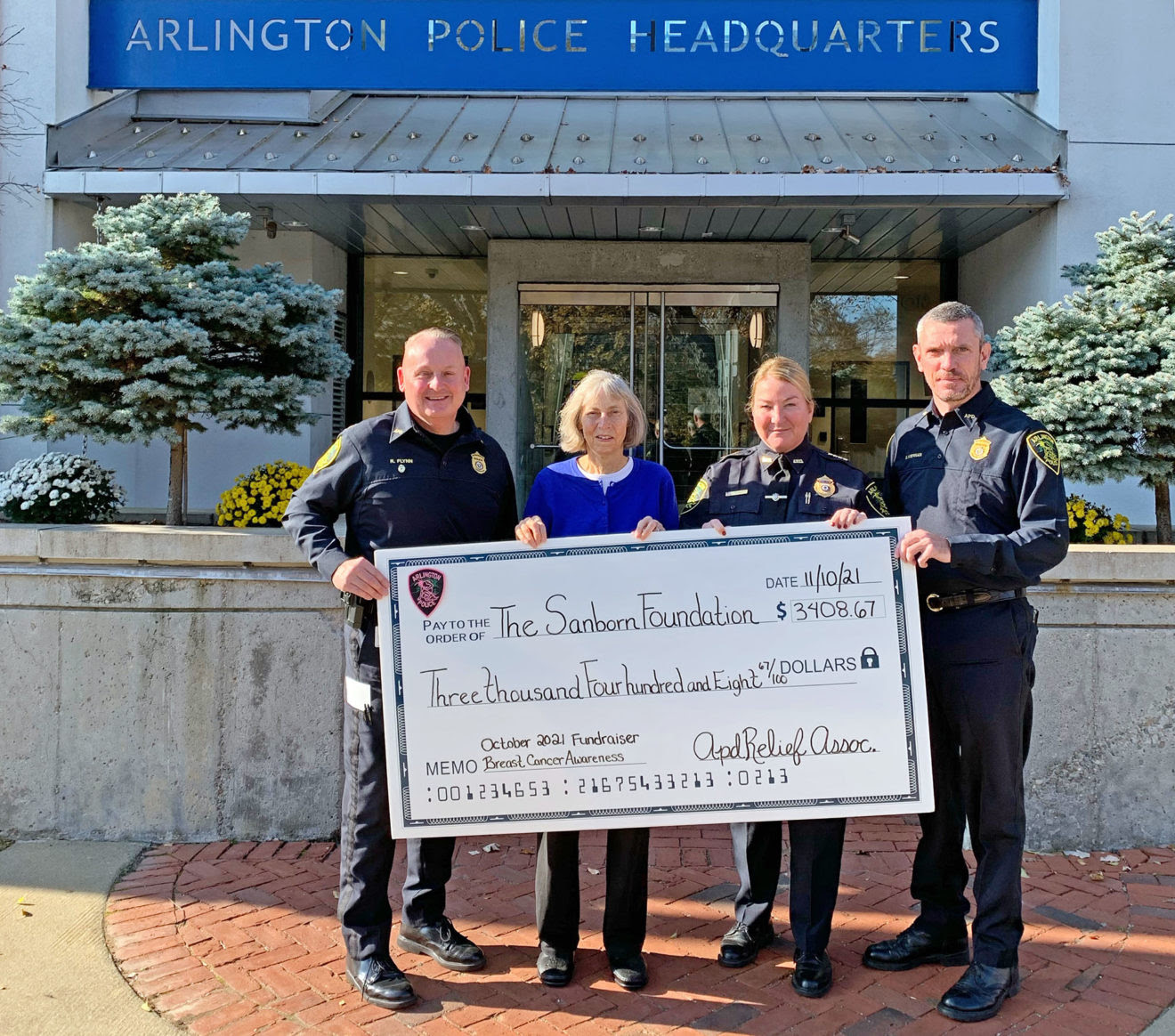 The Arlington-based foundation is a nonprofit organization that since 1998 has provided financial assistance to Arlington residents battling cancer, helping patients pay for trips to treatments and doctor appointments and with other expenses.

On Nov. 10, the president of the Sanborn Foundation Board of Directors visited the Arlington Police Department, where she was presented with a check for $3,408.67 as a result of the Relief Association's fundraising efforts.

"The Sanborn Foundation has been assisting Arlington residents for more than two decades now, and two members of the Arlington Police Department are among those whose lives this incredibly compassionate organization have touched," said Chief Flaherty in a Nov. 12 news release.

"I would like to thank all those who contribute to The Sanborn Foundation, and the organization itself, for doing so very much to help those in need. It is our honor to support such a great effort."

To learn more about the Sanborn Foundation and its work in the community, click here >>

To learn more about breast cancer and the importance of early detection, click here >> 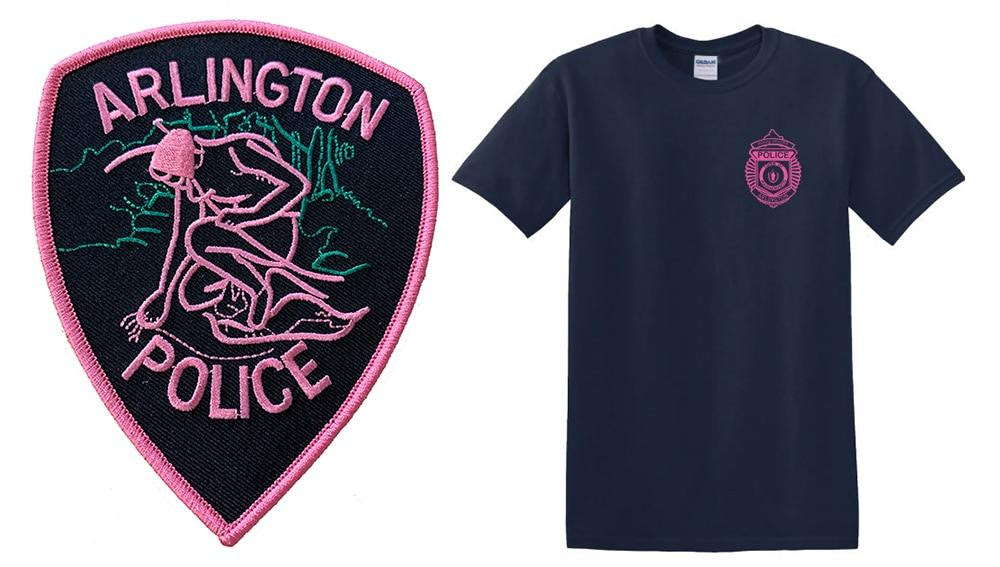 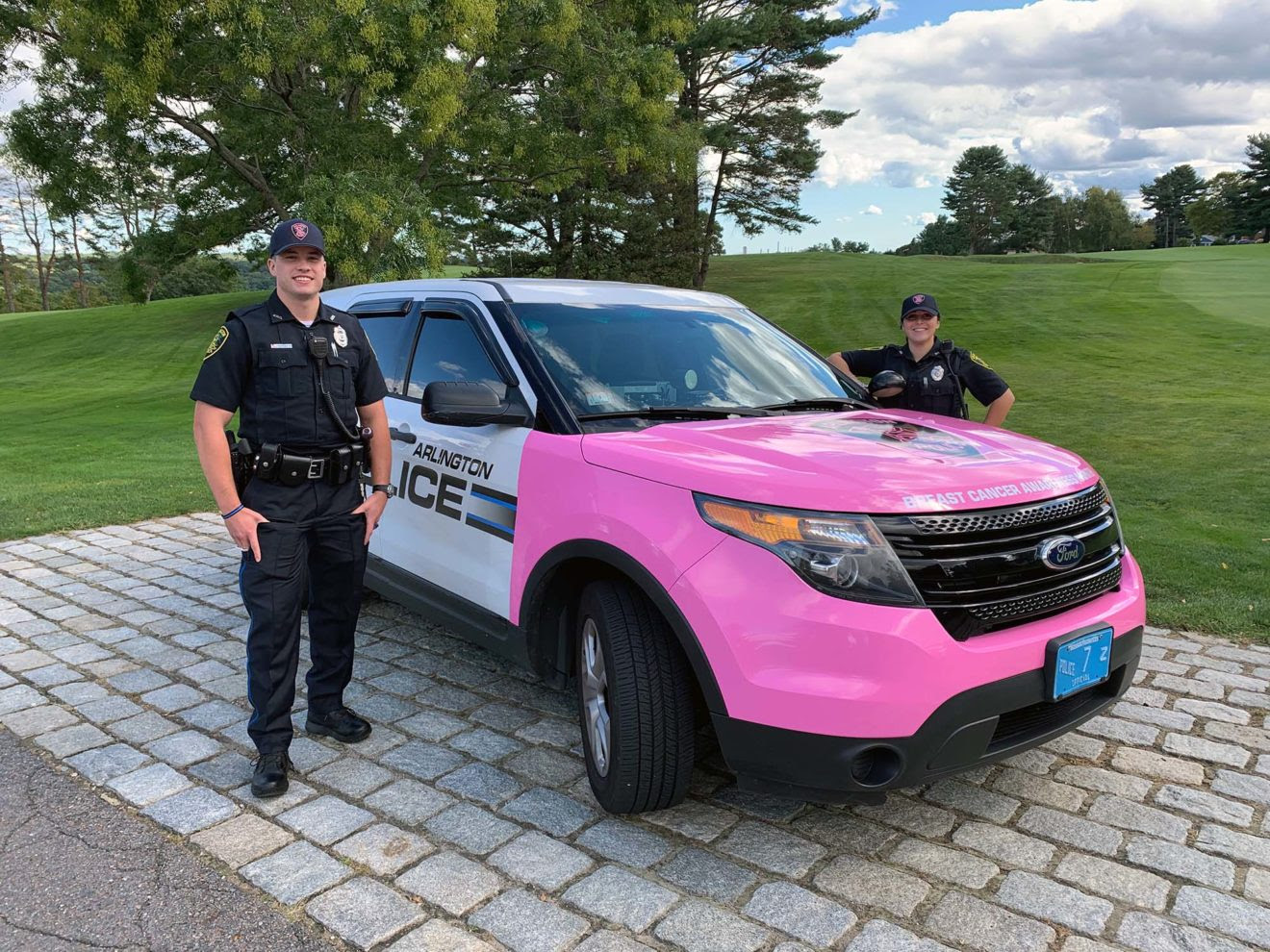 Oct. 7, 2021: 13 unwanted firearms given up at Arlington police buyback

This announcement was published Saturday, Nov. 13, 2021, from a news release by Robert Mills, who works for John Guilfoil Public Relations.