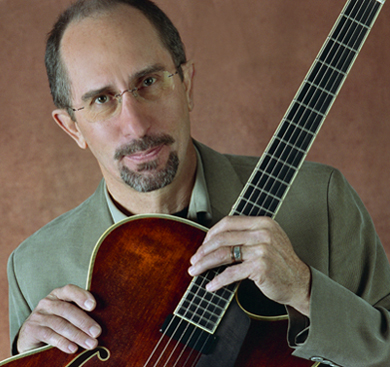 Hear his work on HBO

UPDATED, Feb. 13: John Kusiak was once a rock-'n'-roll guitarist, on the road with the Pousette-Dart Band and other groups, continuing to play the music he had loved since age 12, when he began guitar lessons in his native Agawam. Nowadays, his life is more sedentary. He works out of his Arlington studio, composing music for dozens of commercials, documentaries and live performances.

His latest work will be heard in two upcoming broadcasts. On Tuesday, Jan. 27, "American Experience" will feature a program about Thomas Edison on WGBH, and on Feb. 15, HBO will present "The Jinx," a six-part documentary series about Robert Durst, scion of a wealthy family who may have gotten away with murder.
Kusiak's music will set the mood for these productions, as it has for his other work. He walks a careful line in not overpowering the dialogue or events the viewer is seeing, yet establishing the tone and helping the viewer have an emotional response.

Shifting from performing to composing came in stages. After the rock-'n'-roll years he took a job in a sound studio, wanting to travel less so he could be home more with his family. When the studio was offered some composing work, Kusiak, who had been writing music along with performing in rock bands, gave it a try. He loved it.

In 1992, he founded Kusiak Music and was later joined by Robert Jaret and P. Andrew Willis, a former Arlington resident. They work individually and in collaboration and the Edison program was composed by Kusiak and Willis.

He works at a keyboard connected to a computer. The computer records the music, and he can go back and edit the music, which he can translate into strings or flutes or horns. Once the music is approved, he may record with musicians, depending on the budget and the filmmaker’s choice, often working with members of the Boston Symphony Orchestra.

Much of his work is in collaboration with a film’s directors and editors. "The director will say 'at this point we’re looking for a certain mood to go along with it,' so part of it is my artistic choice, but it’s also in cooperation with the filmmaker."

He has been working with filmmaker Errol Morris since the early 1990s and wrote some of the music for "The Fog of War," which won an Academy Award in 2004. Kusiak has earned his own honors, among them the award from Cinema Eye Honors for Outstanding Achievement in Original Music Score for "Tabloid," an Errol Morris film, and a gold medal for "Where Past is Present," produced for the National Park Service’s Salem Maritime National Historic Site.

Commercials present a different challenge because of their brevity. Among his commercials are TV ads for Quaker Oats and H & R Block. One ad for the tax-preparation company featured a man describing a client who said she hadn’t done her taxes in years. Eight years. The H & R Block staffer – who was going to solve the problem – was shown in a sea of paper. The music behind the 30-second ad was quirky and spritely, matching the off-kilter story.

Kusiak once told an interviewer that he thought of commercials as the kind of work a painter does who makes a tiny painting as opposed to working on a big canvas.

"Commercials are like that; you have to write a piece of music that's maybe 30 seconds long but needs to convey an impression in a short time. It’s challenging and fun to do."

The work on the Thomas Edison documentary started about a year ago with some of the usual back and forth between filmmaker and composer involving a discussion about the story and the approach. Kusiak would send some music back for the filmmaker to hear and then get some rough cuts to look at.

"It’s often just the way I react to the imagery," he said "I will take the rough cuts and play them and improvise along with it and come up with music based on how I’m feeling as I watch the film. It’s tricky because the music needs to sit underneath people talking and not be distracting, but at the same time, it can’t just be boring or too nondescript, or you’ll notice that as well, even if subconsciously. It’s striking a balance."