For longtime Fincom chair, not everything is by the numbers 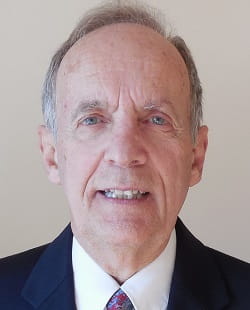 Allan Tosti:
Willing to listen to all sides

The sober presence behind town finances since the 1970s has stepped out of the limited limelight afforded to Arlington number-crunchers. Far from gone, Allan Tosti won't be forgotten.

In June, he relinquished the chair of the town Finance Committee, the key volunteer board that vets what Arlington spends. He will continue on the board, which he has served since 1973. Veteran town finance watcher Charles Foskett is now chairman.

In an interview, Tosti, 74, opened some windows into who he is – discussing the origins of his thrifty nature, advice from an earlier Fincom guiding light and some keys to his success.

Here is an edited Q&A of a one-hour telephone conversation to his Arlington home.

Talk about how your childhood shaped your thinking.

He grew up in Greenwich and Stamford, Conn. – an Italian father, his mom from Scotland. "They met in the Depression in Greenwich in the mid-1930s after she came to America looking for work; he was a chauffeur. Both hated debt and waste. They gave me a certain respect for the dollar; you didn't buy unless you needed to. This gave me a good foundation later in life, particularly on the Finance Committee."

Summarize your years before Arlington …

At Northeastern University, Tosti first took accounting for two years, co-oping at the New York Bank for Saving in Manhattan, but the political and social disruptions of the mid-1960s took hold, spurring his transfer to liberal arts, a political science major -- to the dismay of his practical dad.

With a master's in poly sci, he taught high school in Acton-Boxborough. Then veering in a direction that would shape his future, he got an MPA in budgeting and finance, teaching at NU night school and Bentley College.

His parents' thrift was an emerging theme, one that led to a financial track. A simple story tells the tale: Before marrying in 1969 and coming to Arlington, he and his future wife lived in Virginia, where they were on coop. “We opened an account together, and they offered us a free piggy bank. We started using it for our savings.”

After teaching 10 years, Tosti worked four years as a fiscal analyst at the Mass. Municipal Association, the statewide organization representing cities and towns; and from 1984 through 2009, as a financial adviser to cities, towns and school districts for the many iterations of the Bank of Boston, from Shawmut to Fleet to First Southwest: His day job was dealing with bonds that finance public debt, the money that helps our infrastructures hum.

Outline your history of town service. How has the town changed?

Tosti became a Town Meeting member nearly 50 years ago, in 1971, and joined Fincom two years later. The period encompasses great change here – a place where 14 public schools educated students who came from a larger population (53,524 in 1970; about 44,000 now). The working-class white, largely Catholic suburb shifted to increasing diversity, acceptance of liquor stores as well as a boom in full-service restaurants and real estate.

He served as Fincom chair 1981, which saw passage of Proposition 2½, the voter-passed tax-limiting law. With the Tostis' first child at the time, the measure's decisive impact led to “too much stress,” and Tosti stepped down, and Bob O'Neill was elected chairman. Seven years later, Allan rose to vice chair. Five years after that, O'Neill's cancer returned, and Tosti was elected chairman.

The Fincom chair may be the hardest volunteer position in town. Why stick at it for 27 years?

Tosti called the state's largest 21-member Fincom, each representing a town precinct, “influential …. You could get things done and make an impact.” Over those years, he said, he was “pretty good at guiding the committee,” whose members, for the most part, are not looking to move up. Some have – Dan Dunn, Steve DeCourcey, Peg Spengler and George Rugg. Most toiled away in service to the town at the annual Monday- and Wednesday-evening budget work from January to Town Meeting.

How were you able to succeed over that time?

Start with good advice. In the 1980s, when factions roiled school issues, he recalls a quote from O'Neill illustrating the prime difference between two key boards – cooperation: “The Fincom is one committee of 21 members, and the School Committee is nine committees of one member each."

Next, consider the kind of people who serve. Tosti describes them as those “who want to do best for the town.”

Then, his management style: “I was willing to listen to all sides …. I tried hard not to impose my will; I wanted all to make up their own minds, and I tried to help in the process.”

When members came to loggerheads over some issue? He would pause the discussion for a diplomatic break, followed by word or an expression that said: “You and you -- figure this out.”

Overall, he said, “Committee members had strong opinions, made a decision and moved on. Nobody held a grudge. That's really critical.“

It was a great group and an honor to lead them.”

He remains on the Fincom – a "backbencher," he called himself. Following Foskett, the new chairman, are vice chairs Alan Jones, Christine Deshler and Dean Carman.

What were the three most important things you learned from the late Bob O’Neill when he was Fincom chair?

Tosti's history with O'Neill dates to 1974, and he recalls his early advice: “Speak from the center mike, clearly and concisely, and never lie to Town Meeting. Always tells the truth.”

More came later: “Choose your battles wisely …. Never get into a pissing contest with a skunk. I followed that.”

To what do you attribute your long record of successful budgets at Town Meeting?

“Recognition that you report to Town Meeting,” which he compared to the House Ways & Means Committee.

“Town Meeting has the final say; treat it with respect. Address all questions straightforwardly and with legitimate concern.”

Finally, produce the annual Fincom report that is as straight and clear as possible. (For example, read the report to the 2020 Town Meeting here >>)

What was your most difficult challenge?

He paused to think a bit and began with a hedge: “Probably the loss of first debt exclusion,” in 1997, the 16-vote loss of the public vote to rebuild all seven elementary schools. The effort lost in a recount, by 32 votes. It meant that subsequent votes had to be split, and the total dollar amount rose. “Really tough.”

One reason the vote failed was the significant increase in cost to rebuild Ottoson. But the lost vote led more residents to get involved, including Tosti, who helped Barbara Goodman and Charlie Lyons lead a successful 1998 vote to redo four schools. In the end, all seven were redone.

How have you been able to appear to stay above the fray of controversy all of these years?

“My job is to represent the views of the Finance Committee and persuade Town Meeting and to follow …. I didn't get involved in anything else. I wanted to jump in [when issues came up], but didn't.”

Rumor has it that you have been traveling around the country in your RV, and maybe other places in the world. What were your favorite places?

He and his wife have taken their 24-foot travel trailer all over country, including out West three times. The last time, in 2016, they motored 11,700 miles in nine weeks, a journey that brought all the states visited to 48. The highlight? Zion and Bryce Canyon national parks in Southern Utah.

Where are you going to do next, after Covid?

It was to have been their biggest trip – two weeks this fall, a Viking cruise on the Rhine, and a second cruise from Italy, on the Adriatic to Greece. All canceled.

Perhaps, when it is safe, trips to South Africa and Australia. You can dream.