Trio of town arts-award winners sing their own songs 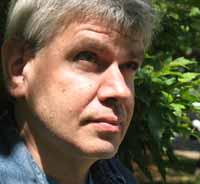 Arts fellows are, from left, John Gianvito, Asia Kepka (in 'Bridgett & I Red') and David Harris. 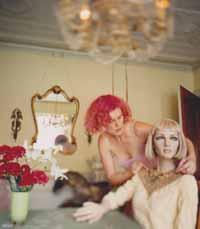 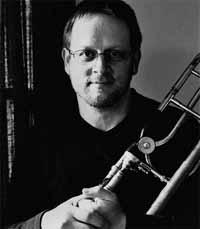 Three Arlington artists -- in music, film and photography -- are among those who have been awarded state grants.

The Massachusetts Cultural Council is providing $10,000 each to composer David B. Harris and filmmaker John Gianvito as well as $1,000 to Asia Kepka, whose bio says:

"I landed in NYC 20 years ago. I arrived with $100 in my pocket but my boundless enthusiasm was priceless. My friend greeted me at the airport and gave me my first point and shoot camera. Things were never the same."

The Mass. Cultural Council says its fellowships recognize exceptional work by artists statewide in many disciplines. See the full list of awardees here >>

He expects to use the fellowship to help record and promote his latest ensemble, Triarky, which he leads with his wife, Mimi Rabson. The group performed in January as part of the Menotomy Concert Series in Town Hall.

The 1981 graduate of New England Conservatory in classical trombone has been a freelance-artist in the Boston area since 1980. Harris associates with a wide variety of musicians performing jazz, R&B, rock, pop and international folk music.

He is an associate professor at Berklee College of Music, teaching harmony, arranging and coaching ensembles, and provides trombone instruction at Wellesley College.

Learn more about Harris, a leader in the klezmer revival, at his website >>

In the Film & Video category, Gianvito  was awarded $10,000, and he says he plans to put it toward completion of postproduction on a four documentary films that takes a critical look at the legacy of the U.S. military presence in the Philippines as a way of looking at U.S. interventionism globally."

An associate professor in the department of visual & media arts at Emerson College, he received his bachelor fine arts degree from California Institute of the Arts and a master's from MIT.

Gianvito's work include the feature films "The Flower of Pain," "Address Unknown," "The Mad Songs of Fernanda Hussein," winner of multiple awards, including as one of the top 10 films of the year by critics in The Chicago Reader, The Boston Phoenix and Film Comment magazine.

His 2007 documentary, Profit motive and the whispering wind received considerable acclaim and multiple awards including "Best Experimental Film of the Year" by the National Society of Film Critics and Grand Prize for Documentary Feature at the Belfort EntreVues Film Festival. In 2010, the magazine "Time Out (New York)" voted Profit motive #45 in a critics' poll of the 50 Greatest Documentaries of All Time.

He has taught film production and film history at the University of Massachusetts/Boston, Rhode Island School of Design, and Boston University, and was film curator for five years at the Harvard Film Archive.

He has been an Arlington resident for 25 years.

In photography, Kepka includes much wit in her visual vocabulary. You can see examples here >>

See in her bio, too:  "The day I was born my grandmother cried. The tears were not tears of joy, she cried because she had never seen such an ugly baby."

From there, matters improved: She became a model and then a photographer.

"I am a girl with an enormous amount of imagination, creativity, and hunger for learning," she writes. "I love shooting everything – from labor intensive productions involving a crane and an 8×10 camera, to doing a cover shoot of Bill Gates where I’m only given 90 seconds to do it, to emotionally charged stories that require patience and the gaining of someone’s trust. I can make people laugh but I can also sit down and cry with them."

For more, particular her stunning images, see her website >>

MCC fellowships "give artists the ability to further deepen their craft .... Evaluated anonymously by panels of established artists and arts professionals, Artist Fellowships also provide an intangible benefit -- recognition and validation of artists' work by the broader arts community."