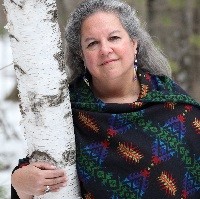 The New York Times' best seller focuses on indigenous peoples’ understanding of the natural world and the intersection between indigenous and scientific knowledge.

Library visitors can pick up copies of Braiding Sweetgrass at the Robbins or Fox Library, or request a copy by phone or online via the MLN catalog. The title is also available as a digital download ebook or audiobook via Hoopla.

Book discussions and other events take place throughout March and started March 6. See a listing of events below.

Kimmerer is a self-described “mother, scientist, decorated professor and enrolled member of the Citizen Potawatomi Nation.” In addition to Braiding Sweetgrass, she is the author of the highly acclaimed Gathering Moss: A Natural and Cultural History of Mosses.

Kimmerer was awarded the John Burroughs Medal for outstanding nature writing. Her work has appeared in Orion, Whole Terrain and numerous scientific journals.

She tours widely and has been featured on NPR’s “On Being” with Krista Tippett, and in 2015 addressed the general assembly of the United Nations on the topic of “Healing Our Relationship with Nature.”

Kimmerer lives in Syracuse, N.Y., where she is a SUNY distinguished teaching professor of environmental dialogue, and the founder and director of the Center for Native Peoples and the Environment.

Community-read book selections are chosen by a committee of library staff and supporters, librarians from Arlington Public Schools, members of the Diversity Task Group of Envision Arlington, and other community partners.

This year, the selection committee chose three finalists from a list of more than 30 titles nominated by community members. A public voting period in October showed a clear preference for Braiding Sweetgrass, with almost 50 percent of votes. “In the library we talk a lot about stories as windows we can see the world through, or mirrors that allow us to see ourselves,” says Andrea Nicolay, director of libraries. “Braiding Sweetgrass will be both in Arlington, and that’s part of the appeal of this selection.”

The Arlington Reads Together program launched in 2002 as a way of bringing Arlington together through literature. The goal is to address issues, understand differences and create connections through shared experience.  The program is made possible by the generous support of the Arlington Libraries Foundation, The Friends of the Robbins Library, Arlington Public Schools, the Diversity Task Group, and the Arlington Human Rights Commission.

"Understanding our Past, Creating a Sustainable Future: An Indigenous Understanding of Climate Justice with Dr. Kyle Whyte, at right. 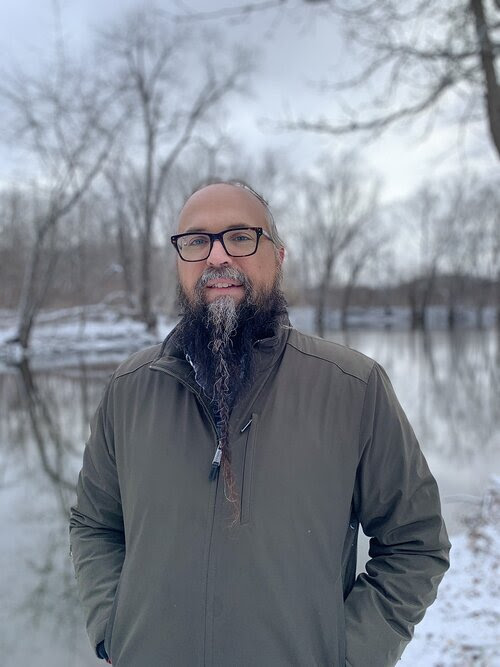 Dr. Whyte, enrolled member of the Citizen Potawatomi Nation and George Willis Pack Professor at the School for Environment and Sustainability at the University of Michigan, addresses critical issues facing  indigenous peoples and environmental justice.   Dr. Whyte asks important questions: what ethical considerations exist for indigenous people working with science organizations? What is the anthropocene and why does it matter? Learn the answers to these questions and more, and pose some of your own during the moderated Q&A. This program is made possible through generous support from the Arlington Libraries Foundation. 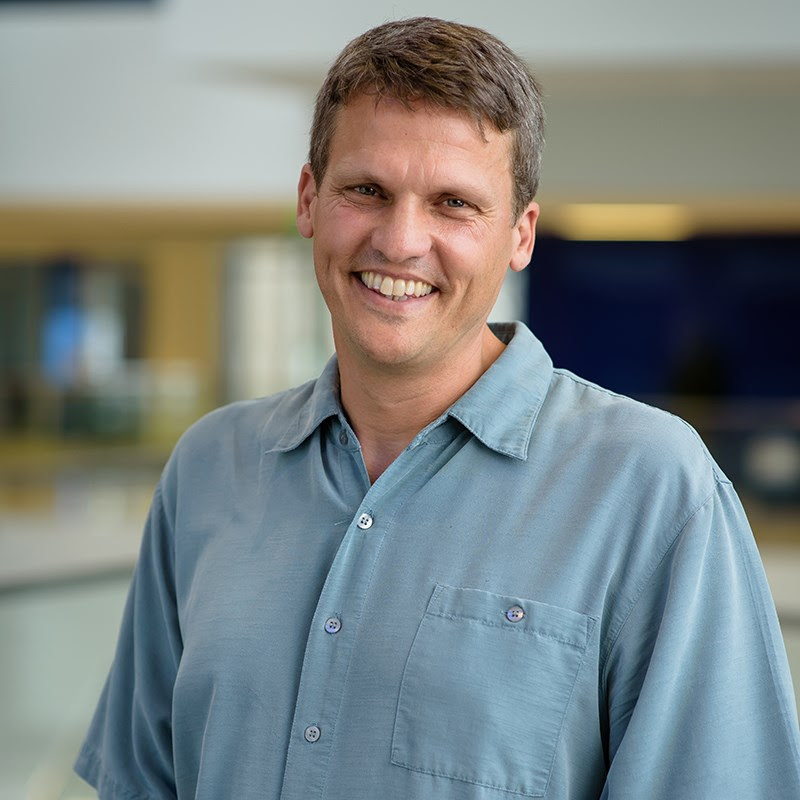 While we will not turn a blind eye to the impact that colonization, dispossession, and racism had on the story of indigenous peoples in the region, we will also explore Native American resistance, adaptation, and survival under often harsh and unfavorable circumstances. Moreover, we will examine some of the colonial legacies that still shape the views and (mis-) perceptions about Indigenous peoples to this day.

Co-sponsored with the Wellesley Free Library.

Author Talk
“All the Real Indians Died Off”: And 20 Other Myths About Native Americans with Dina Gilio-Whitaker, at right 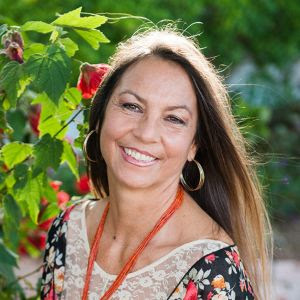 Gilio-Whitaker, coauthor of All The Real Indians Died Off: And 20 Other Myths About Native Americans discusses the wide range of myths about Native American culture and history that have misinformed generations. Gilio-Whitaker will discuss how historical narrative myths like “Columbus Discovered America,” “Indians Were Savage and Warlike” and many others are rooted in fears and prejudice of European settlers and in the larger political agendas of a setter state aimed at acquiring Indigenous land tied to narratives or erasure and disappearance. Co-sponsored with The Watertown Free Public Library. 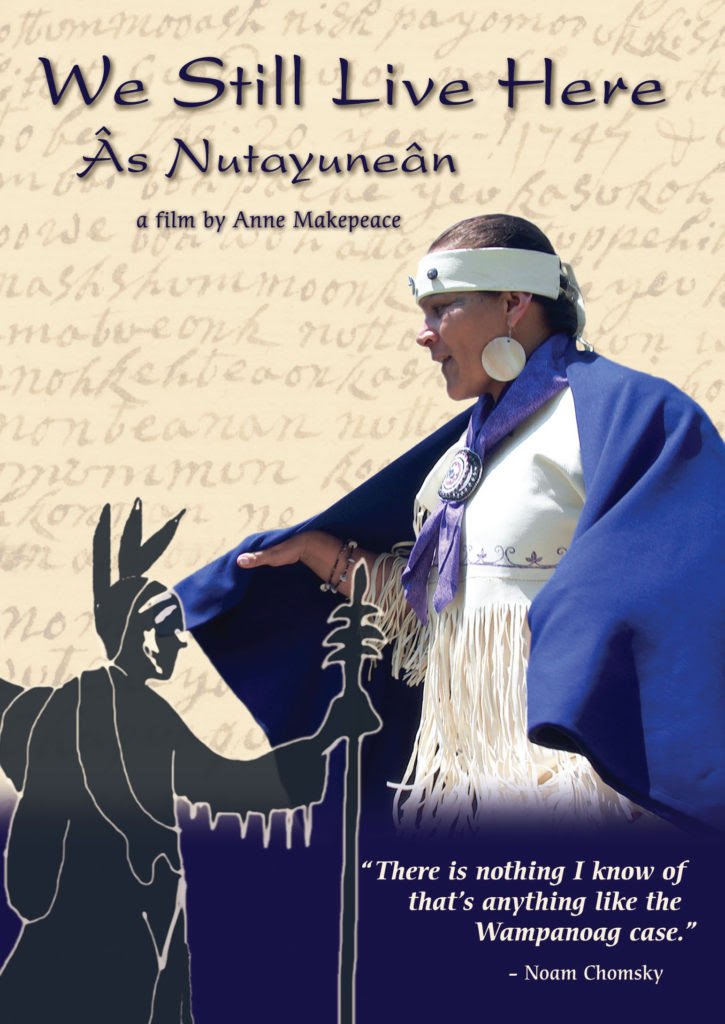 Register for this Webinar
Director Anne Makepeace joins us for a film screening and Q&A of her award winning film, We Still Live Here: As Nutayuneân. Celebrated every Thanksgiving as the Indians who saved the Pilgrims from starvation, and then largely forgotten, the Wampanoag Tribes of Cape Cod and Martha’s Vineyard are now saying loud and clear, and in their Native tongue, “As Nutayuneân,” – We Still Live Here.  Spurred on by their celebrated linguist, Jessie Little Doe Baird, winner of a MacArthur `genius’ award, the Wampanoag are bringing their language home. Like many Native American stories, this one begins with a vision. Years ago, Jessie began having recurring dreams: familiar-looking people from another time speaking in an incomprehensible language. These visions sent her on an odyssey that would uncover hundreds of documents written in Wampanoag, lead her to a Masters in Linguistics at MIT, and result in an unprecedented feat of language reclamation by her people. Jessie’s daughter Mae is the first Native speaker of Wampanoag in a century. Generously supported by the Friends of Robbins Library.

Arlington Reads Together Fun at Fox Storytime
Friday, March 18
10:00-10:30 a.m.
Fox Branch Community Room
This storytime is a special Arlington Reads Together edition of Fun at Fox storytime. Join us for songs, stories,  and rhymes, inspired by Braiding Sweetgrass by Robin Wall Kimmerer! Pick up a free ticket ½ hour prior. Masks are required for all participants ages 2+ (including caregivers). Best for ages 3-5.

Thanks to our sponsors